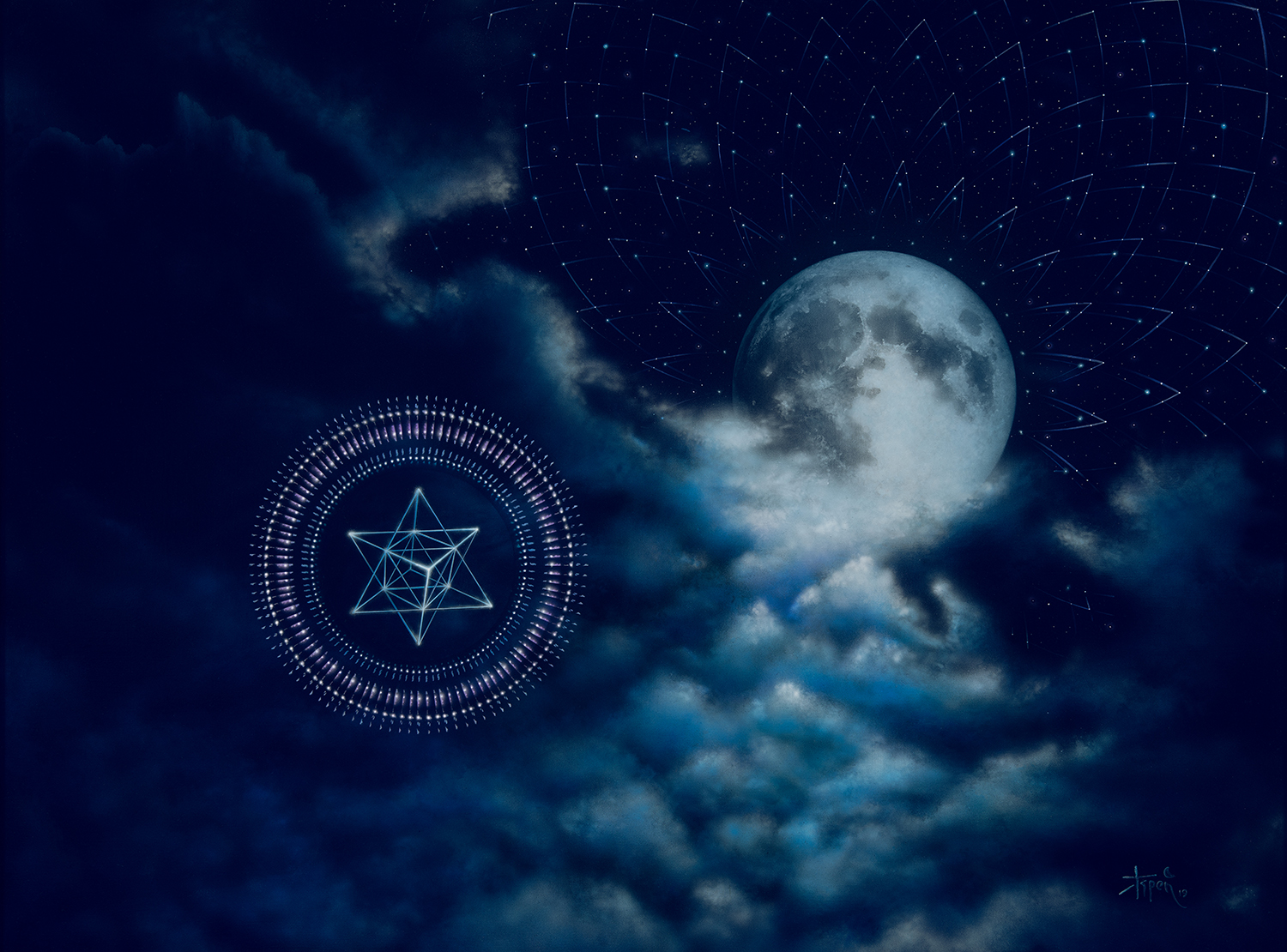 A few years ago, a friend invited me to do some travel in Costa Rica. We planned to spend a few days on the beach (of course!), a few days in the jungle at a retreat, and the the last part of the trip reuniting with a group of friends to attend a music festival.

Our retreat in the jungle was far removed from the light, noise, smells and energies of people. It was sparsely populated, with tall misty mountains, free flowing rivers, and pastoral landscapes, richly populated with plants, animals, and all kinds of amazing beauty. One night I was out, pondering, watching the firefly show. There was no moon and the skies were spilling over with stars. Immediately there was this new insight, which came from seeing the stars in a new way. There were threads connecting them, creating a web of interconnected stars, practically invisible but still perceptible. It was a profound moment for me, a confused guy alone in the jungle, just trying to figure out where he fits in the world. But with that gift of insight, I came home from Costa Rica feeling empowered to start down a path I’d been afraid to follow. More on that later.

The Merkaba
Merkaba, which is referenced dozens of times in the Old Testament, is a Hebrew word meaning “vehicle,” or sometimes “chariot.” Much of what I’ve read ascribes the merkaba as the literal construction in which our disembodied awareness (aka spirit, soul, consciousness, anima, etc). travels through space and time, using the star tetrahedron to model its shape.

Modern practitioners say the astral body is housed in a merkaba, such that the word merkaba and “light body” are often used interchangeably. The two interlocking tetrahedrons spin opposite each other, creating a balanced, yet highly activated flow of energy. The field it creates acts like a physics-defying container for the non-physical, energy-based awareness inside. In essence, the merkaba is the vehicle we use to astral project, or do other kinds of movement with our consciousness.

108 to Meditate, Open Gate, Elevate
Ok, I’m a nerd! But seriously, have you really looked at what’s going on with numbers?? And especially certain numbers that show up all over the place for some reason. Among them is 108. Beyond the fact that it “like totally reduces to nine,” there is a lot to notice about the number.

108 has all kinds of interesting characteristics and attributions. Here are a few from the long list I found related to the use of strings with 108 prayer beads, called mala, in Eastern spiritual transitions. (Source: 108 in spiritual traditions)

Certain schools of yoga will also recognize lots of references to 108 in their practice.

It’s still a mystery to me why so many cultures and traditions esteem the number 108, and anchor so much wisdom to it. But certainly, there is something that deserves attention and continued contemplation. At the very least it seems to be a key, that opens an important door of discovery and ability…a spiritual chariot for instance.

A Trip to the Moon
Where would you go in your flashy new Merkaba?

I have a recurring dream that I’m flying to the edge of the sky to watch the moon come up. An admitted obsession for me; the moon never ceases to delight me. Due to a gentle orbit–one rotation every moon cycle, or 28 days–it’s always facing us. It has majesty and yet is restful. Stable, yet always phasing and cycling forward. Moonlight offers the softest of light and the graceful mass has a gentile but powerful pull on the Earth, and everything on it. The moon is a light body in its own right–an illuminator and physical body, that floats amid the celestial sky.

Coming Full Circle
Shortly after returning from Costa Rica, I converted the living room in my home to an art studio. Almost to the day a year later, I hosted a crowd at the opening of my first solo art exhibit. It may have seemed impulsive at the time. In the eight years since, I’ve been literally BLOWN AWAY with what has happened to me, the people I’ve connected with, what I’ve discovered, and the places I’ve gone–both personally and through the artwork, that acts as a thread connecting me to everything and everyone else.

And that realization… I won’t profess I understand how or why, but there is a lot that points to the idea of the interconnectedness of all things. And if you can recognize the threads, and have the right vehicle, you can go anywhere.