What is a Mandala? 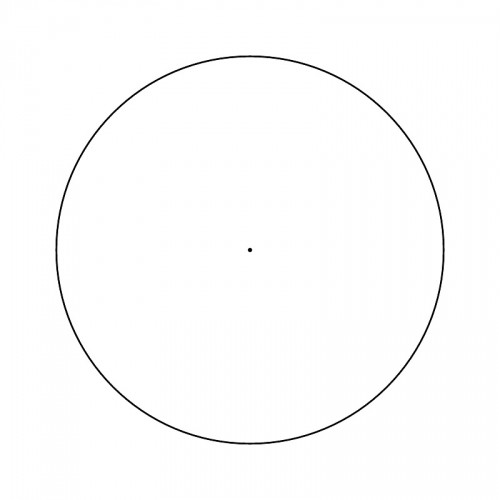 The concept or idea of the mandala is very, very old. In fact, the word mandala comes from one of the very first languages. In Sanskrit mandala (मण्डल) literally means “circle.” However beyond just a mundane circle, mandala is also the word used to describe the a spiritual and ritual symbol for the Universe, or all that is. Definitions which elaborate on this idea assign “mystic symbol of the universe” to the word, used to guide or structure meditation or trance space. It turns out that the words break down even further. Mandala is also a compound word, made up of manda, meaning “essence,” and la, meaning “container,” “possessor,” or “signpost” (source: Mandala, Rosita Dellios). In other words, the mandala can be a container for the truest essence of a thing.

It is thought to derive from ancient Indian beliefs in cosmic power entering the figure at the centre of a sacred space. The sacred space idea carries with it connotations of integration with a higher consciousness and protection against disintegrative forces. Relatedly, the mandala can also be viewed as a ‘psychocosmogram’ in which humans become ‘centred’ and diffuse that state-of-being outwards into action.Rosita Dellios

The manda la of the mandala would have two parts: the circle and the center point, or bindu.

The Circle is defined by its relation to the center point. The distance being measured by radius. The proportion of pi, represented by the Greek character π, is an irrational number of around 3.14159… (or 22/7), and describes the proportion of the circumference or area of the circle with the radius, r (i.e. C=2rπ, A=πr²). It’s also used in three dimensions when working with spheres (i.e. area of a sphere = 4πr² and volume of a sphere =(4/3)πr³). The fact that π is irrational and at the same time defines a finite circle is quite astounding to me. The circle inherently creates an enclosed space, but because π is infinite, the enclosed space is also infinite—meaning the precision of measurement of the size of the circle (or sphere) can be refined infinitely without coming to an exact value (hope that made sense!). In other words, it is literally impossible to find the exact measure of a circle. This inherent paradox makes the circle a nearly perfect symbol for the universe, which is also considered infinite.

The Bindu is also an ancient concept; the word bindu is Sanskrit (बिंदु) for “point” or “dot.” The center point is essential for the circle; without the center point r cannot be defined and neither, therefore, the circle or sphere as a whole. But the bindu suffers the same paradox as the circle—as it relates to the circle, it can only be estimated and never defined to an exacting value. Think about it this way…if you can’t define the exact outer edge of the circle, how can you define the exact center? This can be thought of much like the Universe, where the center point can never be found because the outer boundaries are infinite. This paradox is sometimes characterized in the notion of the center that is everywhere and nowhere. This characterization not only describes what God is for many, but is also used to model the behavior of atoms and subatomic particles, the behavior of animal migration patterns, the behavior of the Universe as a macrocosm, or even how our consciousness might work…

Isn’t it interesting that something so elementary (in fact, the circle is the simplest geometric form) can be so profoundly deep in mystery and universally informative?

However, what is really important about the mandala isn’t that there are two parts. What is important about the mandala is in how the two parts interrelate, thus unlocking that it is about relationships (the structure underlying the pattern). I think it is this same concept—relationships—that helps explain how so much beauty can come from a mandala…

Read other Blogs in my What is a Mandala Series

Tags: What is a Mandala