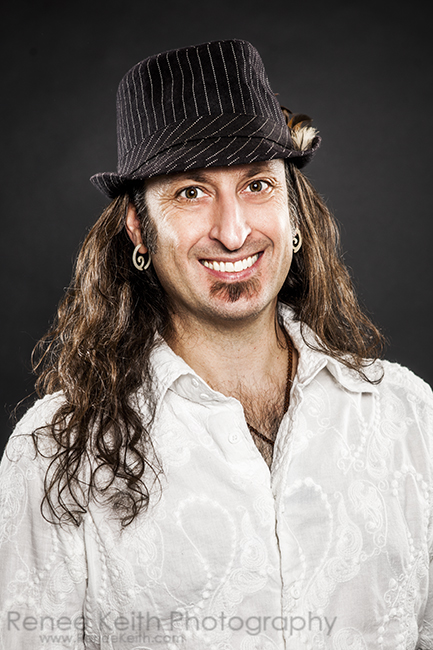 It was late 2011 when I decided to finally consider myself an artist. Painting always intimidated me. But during my second trip to Thailand in February 2011, I had unexpected experiences that caused my stars to align…and with the spark of my Muse, my forevermore journey as a painter began. Fueled by an increasing number of invitations to do live painting performances and a newly-discovered personal passion, I created this website to share what has begun to emerge.

Discovering my resonance with painting was an artistic culmination and an enabler for me. My interest in nature, math and geometry, symbols, time, and beauty coalesce in my images, which explore ideas of human consciousness and evolution, ancient and modern spirituality, metaphysics, the value of life, and our connection to our beautiful planet Earth. It also helped me recognize the fundamental essence of a creative existence. Most of all, I paint because it gives me new insights, a new perspective, and the ability to see the world and my reality in a new way. Over and over I’ve seen how a profound image can plant a seed, open a doorway, or change everything for a person.

I’m naturally one to share. Introducing beauty and raising consciousness is part of the mission—give me big walls and big spaces. So too is my ambition is to create a place where art, healing, healthy living, and conscious people come together to sustain growth, share, support, teach, learn, and beautify. In other words, to create a new kind of sacred space.  All are welcome to participate!  -am.

[quote cite=”Julia Cameron, The Artist’s Way”]Creativity is a natural life force…Just as blood is part of our physical body and is nothing we must invent, creativity is part of us… [/quote]

A dabbler and explorer in the arts from an early age, Aspen has spent his life exploring self-expression through art.  Involved in music since his teens, Aspen still enjoys song writing, and plays guitar and several other musical instruments. He has played in two professional bands and made two studio recordings. Also as a youth, Aspen created and sold finely detailed reproductions of Native American costumes, beadwork, and artifacts. His collegiate studies of cultural history as well as his travels over four continents have deepened his love, knowledge, and appreciation of human culture, especially ancient and lost civilizations.

For more than a decade, Aspen has been influenced by his involvement in the many art, culture, and music festivals in the United States and abroad. His immersion in this fluid and vivid festival culture was a basis for many of Aspen’s projects at this time.

In 2003 Aspen began work building two 24-foot geodesic domes from raw materials and began his exploration of large-scale sound and spatial design. That work also fed larger community art projects like Club Delicious!. He was also invited to produce and display a 10’ tall flaming guardian sculpture, which was displayed outside a temple on the corner of 5:00 and Esplanade at the 2003 Burning Man Festival.

In 2005 Aspen founded Incendiary Circus, a Utah-based fire performance troupe and spent over five years as a professional fire performer. He has hundreds of professional performances to his credit, including over a dozen regional and national festivals, large events, and appearances in Europe and Thailand.

He produced Utah’s first fire only fine art exhibit called Pyro-The Art of Fire in April 2007. This unique, month-long fine art exhibit featured art which used fire as a medium, influence, or subject, and brought together live performance, sculpture, painting, music, and photography into one exhibit.

Around 2008, Aspen expanded his performance to include stilt walking. His justification was that he was afraid of heights, but he also enjoyed the elaborate costumes he was able to create. Over the next three years, Aspen was invited to walk in dozens of parades, events, and festivals.

Through 2010 and early 2011, Aspen did several stage performances with the Voodoo Carnival, both as a fire performer and a stilt walker.

His more recent work includes being a founding member of the Board of Directors of Element 11, Inc., where he spent 2 1/2 years working as the founding Vice Chair, Director of Operations, and Volunteer Director. This non-profit arts and events organization has the mission to “ignite a culture of creativity and self-expression,” and produces the Element 11 Burning Man regional festival.

Aspen enjoys learning and has spent over a decade in university study. Aspen holds a Bachelors of Arts in Humanities and a Masters of Arts in Art History, where he delved into the art of the Renaissance and Baroque Italy, Gothic and Medieval architecture, and the great painting masters of Europe, as well as the art of ancient cultures, native American Lakota and Southwestern tribes, and the Far East. Aspen also earned an MBA in Entrepreneurial Business, and is a PMP certified Project Management Professional. His academic employment includes art education at two Utah colleges and over 2,000 contact hours teaching project management. He has over 15 years full-time work experience in quality systems management and strategic planning.

In late 2017, Aspen left a great day job where he spent three years working as an Operations VP for a top 50 Fintech company. During this time he merged his creative and management experience to build successful teams of designers, software engineers, and business managers, foster amazing products, and create a successful, sustainable business.

A good portion of the time since has been spent homesteading and learning the finer arts of growing food and fruit trees in Buhl, Idaho. Farmland adventures included learning to farm and garden, caretaking a vineyard, raising chickens, building and growing in a greenhouse, and making art when time allowed.  A lot of work went into building an art studio, which is still incomplete due to red tape delays.  During that time, Aspen was able to exhibit in Boise, were he featured more recent works, and also works from the Five Tigers series commissioned by the Armitage Winery, in Aptos, California.

The new knowledge in farming and homesteading, coupled with a lifestyle close to nature, recently turned into an opportunity to help establish a permaculture garden and orchards for a 86-acre retreat center and community in Ninole, Hawaii.  Currently, Aspen lives on the Hamakua Coast of the Hawai’i island, in an off-grid hut with a view of the ocean, nurturing knowledge, kindness, abundance, and beauty.