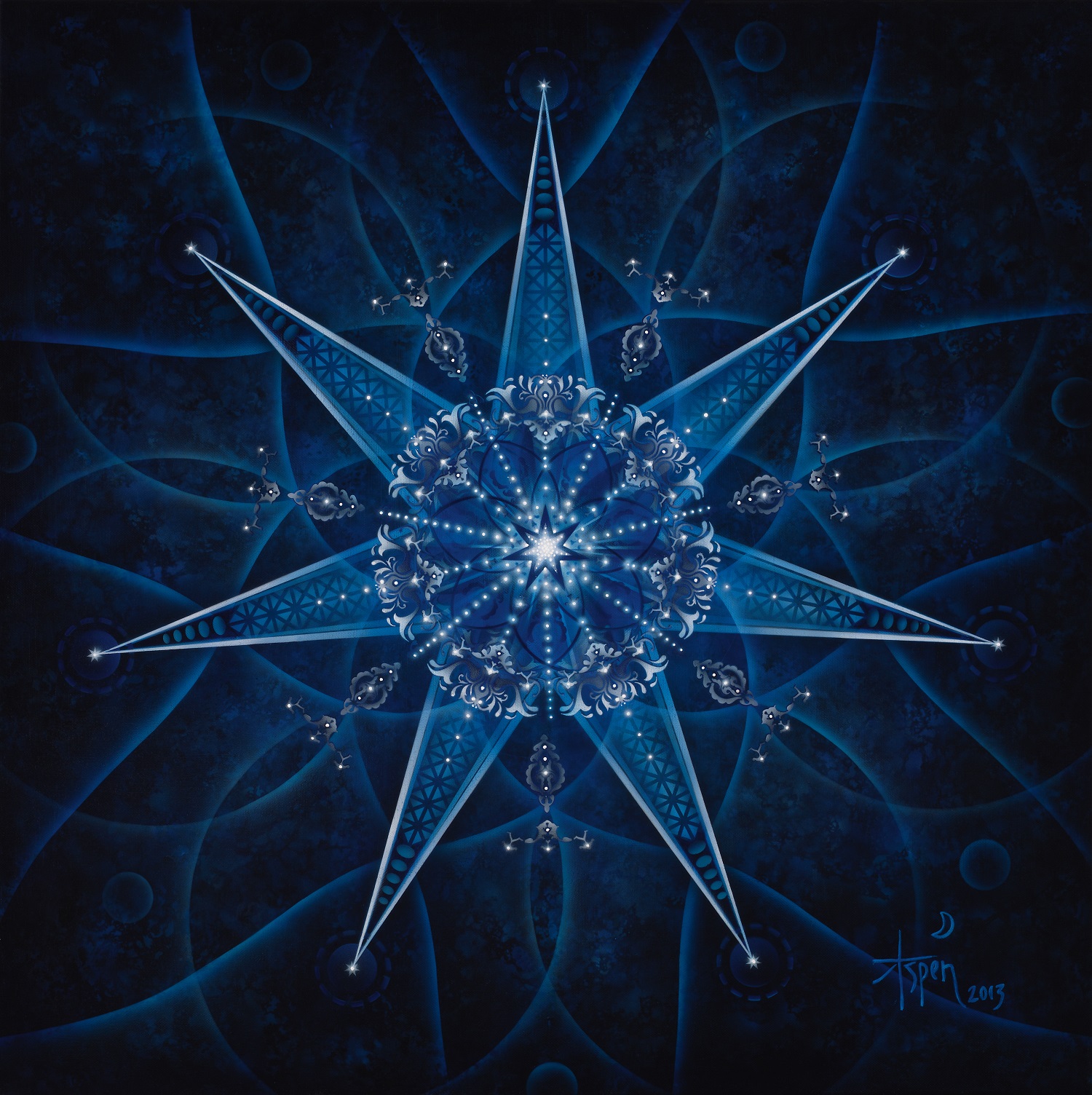 First, ask yourself…  Do you believe in fairies?

Seven—a number with so many interesting and powerful associations it would take pages to list them all. While Seven prevails in this work, it isn’t the point of this work. Nevertheless, I would encourage you to delve into a deeper understanding of the symbolism and attributes ascribed to the number Seven. It will enrich and broaden your capacity to relate those ideas to the deeper meaning of Faery Star. But to begin, we must delve into an understanding of the world of fairy tales…

In modern times, the seven pointed star has been has been dubbed the Elvin Star, or the Fairy Star. Which makes me wonder, why is the seven pointed star specifically assigned to a seemingly mythical (fairy tale) symoblism? This question is the key to understanding two (though not all) of the principle aspects of the artwork I’d like to emphasize.  Both are rooted in the original meanings of the word fay, and the question, what is a fairy after all??

To answer this question, I will first quote the great wikipedia oracle, “The early modern fairies do not have any single origin, representing a conflation of disparate elements of folk belief, influenced by literature and by learned speculation (e.g. alchemy). In folklore, they are variously regarded as a “natural” but hidden species, as spirits of the dead, or as descendants of either fallen angels or demons. Fairies are generally described as human in appearance and having magical powers. Their origins are less clear in the folklore, being variously dead, or some form of demon, or a species completely independent of humans or angels. The folkloristic or mythological elements combine Celtic, Germanic and Greco-Roman elements.”

Understanding how the concept of fairies (or fay) evolved from the magical traditions of various cultures and mythologies sheds an interesting light on the origins of the word fairy as well.

The two main concepts I’d like to emphasize in the definition are faith, and to join. Notice that I listed the definitions in reverse chronological order.  Therefore, the oldest meaning of the word is “to join,” and the newest is of the creatures (i.e. embodiment) known as fairies and elves. However, it is when we bring together all three definitions into a united concept that it creates (or conjures) the quintessence of our modern notions of magic, the supernatural, or the world of wonder.

Much of the purpose and power of progressive magical, scientific, or new age philosophy—whether you describe it from the perspective of a quantum physicist or Wiccan high priestess—is to imbue, shape, or even bind physical energy with conscious purpose (intention). In other words, putting together physical and conceptual energies to create a new, functional, willful whole—an act available to not only the Creator but also lovers at the moment of conception, farmers who plan each spring, and even the aspiring magician. People who experience success within these pursuits acknowledge that it is partially an act of faith and partially an act on the material world. The fact that the a material (though mythological) being is also given the same word, to me literally embodies the two concepts into a tangible one.  Moreover, this makes me want to associate the fairy or the elf to a modern equivalent, which we might today call a shaman, a monk, or even a priest. Mysticism still shrouds these roles in society today for the tribes-people, the pilgrim, or the congregation. Therefore, similar notions of magical, supernatural powers may still linger, even in a modern association, adaptation, or understanding of fay. In other words, modern fairies, in the forms of priests, priestesses, pastors, prophets, and popes, still live and dwell in the realm of magic, of miracles, and of the supernatural (by combining faith with action).

To portray such lofty ideas, I turned to capturing the aesthetic notions we imbue the magical, heavenly, supernatural, or mystical realms.  This comes into being as my humbling attempt to create a painting with the potential to be universally beautiful as well as spiritually accessible, through geometry, color, shape, and form. Above all, we humans depict these realms as superlatively beautiful—in other words, our notion is of an onmi-aesthetic nature of heaven. Another example is that we often find incomprehensible beauty in those things we do not fully understand. Even our modern description of the mythical elves is that they were beautiful beyond humans in every way.  Many even describe the elves as what humans were before the Fall of Adam, or other fall from grace.

So again ask yourself, do you believe in fairies? Where does your faith lie? What is the source or font of your faith energy? And are your actions (and will) closely aligned? For thus are the powers of magic!

Learn to bind your full intention to your full energy, and you will be the most powerful mage of all.

So ultimately Faery Star is a painting about our yearning for the mystical and for true empowerment, which is made of both faith and action (James 2:26).  It’s a representation of the intersection of faith and action, of science and religion, of just wishing and actually making it happen.  Constantly moving, yearning, and re-balancing, Faery Star is a meditation on the human spirit’s ability to ponder the impossible and then conjure it into reality.

Phases of the Fairy Star painting 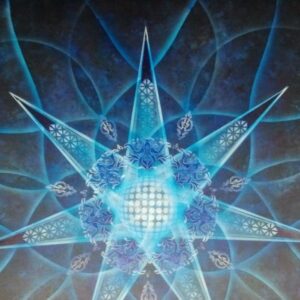 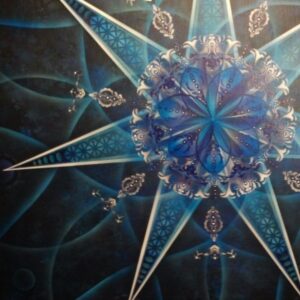 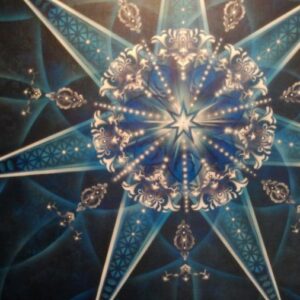 As you’re likely aware, there’s a whole lot more to the story about the Fairy Star…  It’s been around and useful a long time.  Keep delving into deeper understanding and you’ll discover lots of magical mysteries. Here a couple places to start:

1. Rosicrucian Library: http://www.crcsite.org/Tabulatext.htm (notice the prominance of Seven)
2. Fairy Star featured in a new age application as well as in Alchemical manuscript known as the VITRIOL formula star 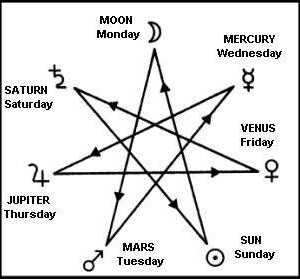 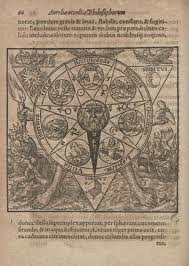 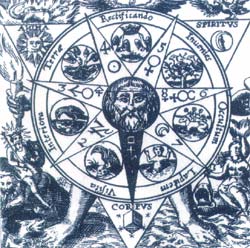