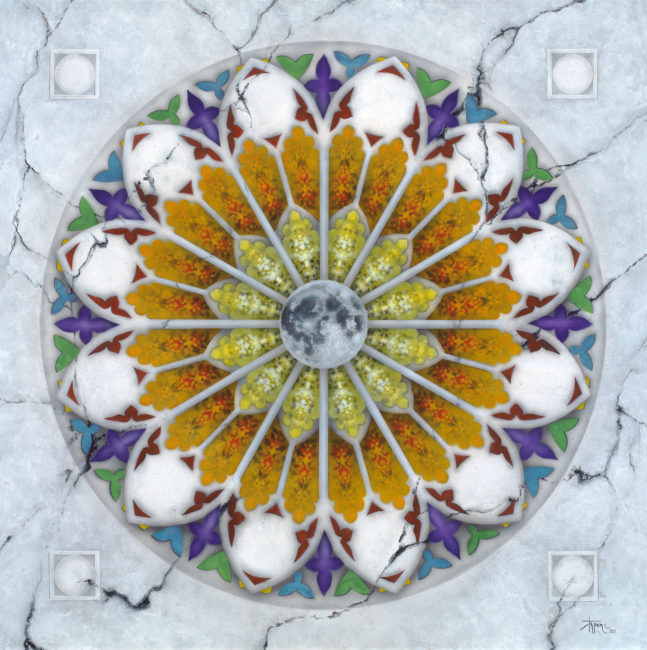 What is the greatest mystery of all?  For me, it’s the question of why am I??

In other words, what is the purpose of this crazy experience, with its ups and downs, we call life?

I think it’s a question we all wrestle with at some point in our lives. Le Grand Mystére is a meditation on that concept. Made of the cosmos–Earth and Sun and Moon–but then shaped by the hand to become symbolic, numerical, representational, and conscious, it then becomes something other-earthly. In addition, it serves as a relic of arcane knowledge, an invitation to open a door of perception, a sacred acknowledgement, and a repository of wisdom.

In that spirit, I’m going to leave the discovery of this piece and its symbolic nature to your contemplation and discovery, rather than break it all down for you. Inside this artwork, form, color, number, and even insinuated lines and ratios reveal great mysteries about geometry, astronomy, mathematics, religion, and time.

One last note; This painting was painted during a particularly cosmic time in North America–August 2017. I was finishing this artwork at the same time a full solar eclipse passed across the United States. I put the painting under the sky during the entire eclipse, in hopes of it collecting something special. Especially since it uses the concept of the eclipse to convey a moment of discernment, synergistic unveiling, enlightenment, and moving beyond… 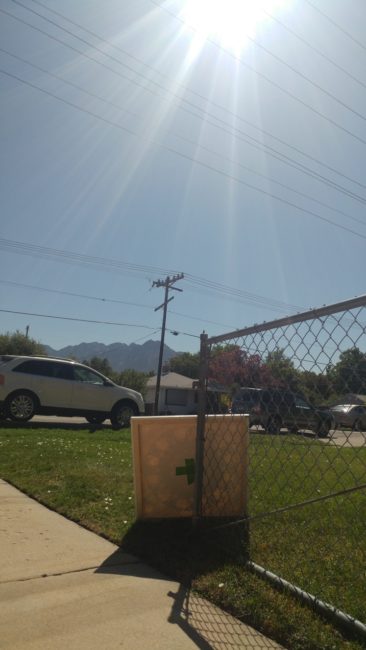